Infinite players cannot say when their game began, nor do they care. They do not care for the reason that their game is not bounded by time. Indeed, the only purpose of the game is to prevent it from coming to an end, to keep everyone in play.
— James P. Carse, Finite and Infinite Games

I cracked a tooth the other day, eating cereal. There was no pain; the nerve had already been deadened a decade ago. An old filling had broken. I wondered if that dentist was still there, if he would recognize me now, with more white hairs in my beard; if his wife would smile at me when I came into the reception. Once I saw them walking down the street, a winter sun breaking through the chilly air, wrapped in baggy woolen sweaters, maybe from Argentina, where they come from, holding hands. They couldn't have looked less like a dentist and his receptionist.

The sea seems to hold such violence, each wave breaks with ferocity on the sand. Yet I can leave my towel just beyond its reach and be sure it will still be there when I come out of the water. The sand was once rocks; it has been pounded into something irreducible.

The purpose of a finite game is for me to win and you to lose.

The purpose of an infinite game is to realize that one is playing a game, and to go on playing.

The crematorium chapel, like a low box, crouching at the edge of the city, seemed to give off a repelling force. She couldn't face going in there, yet knew she had to. This is the place where regrets linger, past the edge of society's gardens, where brambles grow, and what truly happened starts to be known.

She had to say 'goodbye', and realize that all the things that were unsaid would now stay that way. Her body was tense from the effort of holding back reality.

The neat poplars which lined either side of the white gravel path, immaculately tended by now invisible beings, told her that there was no running away. Once she got out of the car and started walking between them, she would be Seen. Maybe not by human eyes, but by the god of her conscience, the eye that sees everything as it is, not as we would like it to be.

When one identifies with limitation, one enters into the world of time, and of death. What is unlimited cannot die, indeed has never joined the world of manifestation, has never been born. Yet to be incarnate is to live within limitation. Freedom is to realize this, yet to cease identification with it. This takes place in the body, the limited, dying, miraculous, body.

What does it mean to identify with limitation? It means to believe the thoughts, and the feelings in the body, that tell me I am broken and need to be fixed, and that there is never enough and never will be enough.

Consciousness has mis-identified itself with the embodied feelings of limitation. I have taken myself to be problematic, troubled, broken. The infinite game has taken itself to be finite. God has forgotten she is playing a game with herself, and thinks she, as little ol' me, is losing to an 'other'.

My tongue keeps seeking out that broken tooth.

A junkie runs on junk time. When his junk is cut off, the clock runs down and stops. All he can do is hang on and wait for non-junk time to start. A sick junkie has no escape from external time, no place to go. He can only wait.  ― William S. Burroughs, Junky

The metal doors opened, and there was a mechanical whirr as the conveyor belt carrying the coffin started moving. It passed through the aperture and the doors began to close behind it. The flames beyond, already springing up greedily to devour it, were just visible to the congregation before the doors fully closed. The brutal profanity of the real, penetrating the smooth surface of ceremony.

She felt vertigo, a disbelief so profound that her body could not contain it. This could not be happening, for Christ's sake. Her baby... going into the flames... was this even real? What the fuck had happened, how had we ended up here? It was his fault, that fucking piece of shit, giving her fucking drugs... and now I'd never see her smile again. I'd never see her lazing in front of the TV, foot hanging off the sofa down towards the floor, head on an orange cushion, on a summer's day, ignoring my pleas for her go to outside... Or coming home from the pub, a bit tipsy, smelling of fermented hops and malt, giving me a messy hug and saying sorry for being a bitch earlier.

She let out a scream in the chapel which split the heavens. Christ looked up from his cross as if waking from a slumber.

“Their profits depend on aquifer depletion. In other words, there is a multibillion-dollar corporate interest to prevent regulation and to pump the water until it’s gone.” — from the book Running Out, about the Ogallala Aquifer

When we identify with the finite game, with limitation, we align ourselves with time, with scarcity, with the need to win, to have power over others, to do it to them before they do it to us.

When we play the finite game knowing it is within the infinite game, that game which is outside time, outside limitation, in what is called eternity, we can enjoy the sense of reality generated by limitation, the knowledge that this is going to end, but we know this world of form is not all there is.

The fact that everyone is going to die gives a sense of the sacred to life. If our forms were immortal, like the mythical vampire's, we would only experience boredom and nihilism. Yet life itself is eternal. That which never began and never ends has produced scarcity, limitation, and mortality as a way of expressing its own sacred nature.

She never knew how beautiful she was. She will always remain that way; I will never see her as old, she is twenty-three forever.

Far in the distance, she could hear church bells.

More of Guy James work can be found here. 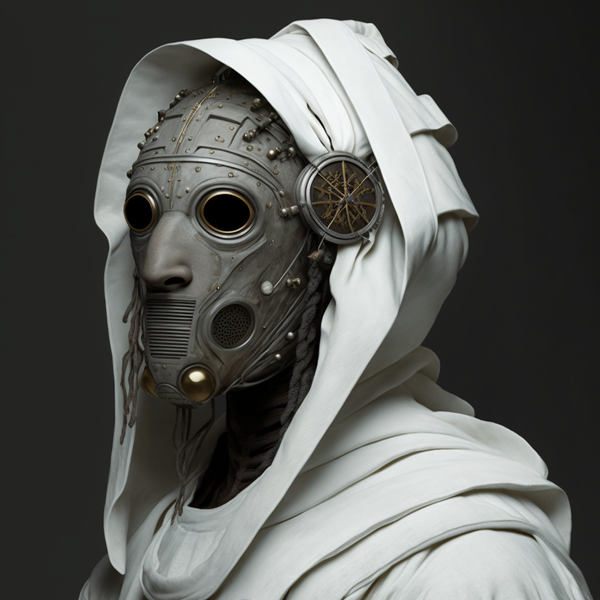 We look back on the Renaissance as a period of glory: Dante and da Vinci, Michelangelo and Medici. But Renaissance wouldn't have been possible without catastrophe. The Fall of Constantinople led to a refugee crisis. These refugees, many of them scholars, likely brought the texts of Greek antiquity back to 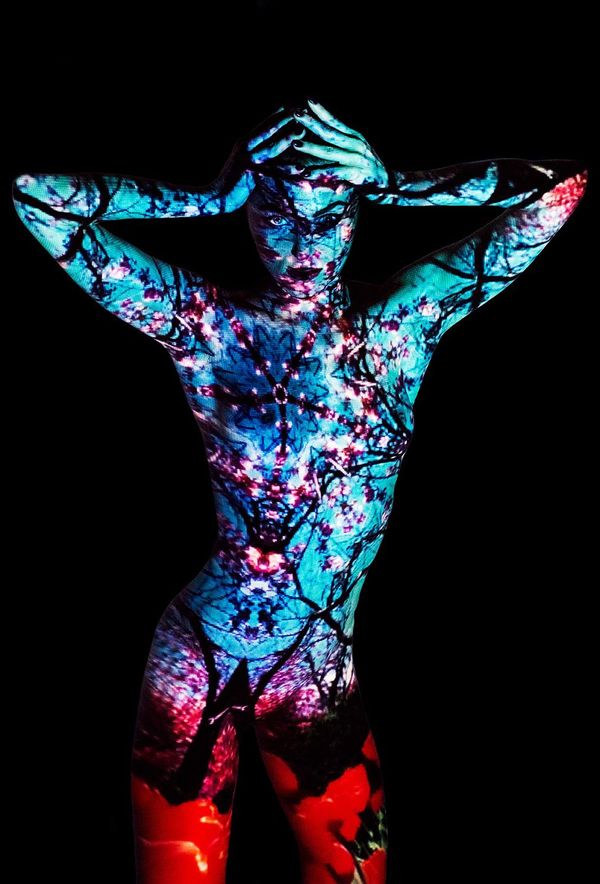 Natalya Nova is a New York–based artist. Her work resists categorization, which is fine with her, as she doesn't like being put in any boxes. Her work combines photography, writing, painting, and as we discuss, she's experimenting with incorporating AI art. In the following conversation, we touch on dreams I died as mineral and became a plant, I died as plant and rose to animal, I died as animal and I was human, Why should I fear? When was I less by dying? —Rumi My son will have his license soon and won’t need me for transportation. It